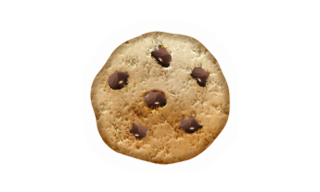 Avalanche Studios is looking for an Xbox specialist/System Programmer to work on an unannounced title being developed in Stockholm.


At Avalanche Studios you will work with some of the industry’s most exciting technology and talented individuals. We have a solid reputation for producing fantastic looking open-world games and this is a great opportunity if you want to play an instrumental role on developing our next-generation games or engine. You will be a part of a team responsible for designing, developing and maintaining many aspects of the game or core engine tech such as streaming, threading, memory management and lower level platform specific technology.


We will only consider applications that consist of both a cover letter and a CV. In your cover letter you should include why you want to work at Avalanche Studios. For this role you need to be able to work full-time in our Stockholm office. To apply for this position please register below. Apply as soon as possible as we review applications continuously. All further information is provided under non-disclosure agreement only.

At Avalanche Studios, we believe in worlds without limits, and we are committed to developing a diverse and inclusive workplace. We are an equal opportunity employer and value diversity at our company. Being part of our world is not contingent on where you’re from, your gender, or sexual orientation. It’s all about your passion, courage and craftsmanship.

Our state of the art studio is located in the beautiful area of Södermalm, in the center of Stockholm and the Game industry Hub. Our studio is a beautiful place inspired by our catalog of games. We hope you’ll come to think of this place as your home turf and creative foundation.

Avalanche Studios is the original creator of the award-winning Just Cause franchise (published by Square Enix) and the developer of Mad Max (published by Warner Bros. Interactive) and Rage 2 (published by Bethesda Softworks). As a publisher, Avalanche Studios has released theHunter: Call of the Wild, Generation Zero and the free-to-play service theHunter Classic which has reached more than 8 million players across 190 countries. Avalanche Studios was founded in 2003 and is based in Stockholm, New York City and Malmö. The studio develops games using its proprietary Apex technology, enabling huge open worlds filled with emergent gameplay. Learn more at http://www.avalanchestudios.com.